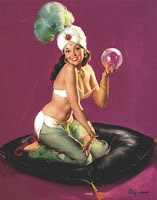 I’ve always been an instinctive writer. I’ve been writing for 25 years (not submitting I hasten to add just in case anyone has visions of Jackie stuck in a garret, toiling away), writing lots of different stuff, poems, science fiction, fantasy, literary, and romance, and all of it just kind of flowed. I had no idea about conflict, about black moments, about character arcs. I didn’t bother with that kind of thing, not beause I felt I knew all about it but because I just thought I would do instinctively. And writing like that served me very well. Up to a point. It got me a letter after the Instant Seduction contest. It got me runner up in Feel the Heat. If I was a bit more instinctive it might have even sold my ‘nearly there’ ms. But the thing is, if you want to stay published, you need more than instinct.

Why? Because when you get a revision letter that tells you to add more internal conflict, you need to a) know what internal conflict is, and b) how to add it. And unfortunately, that’s where instinct failed me and where I had to put on my big girl pants and actually knuckle down to learn craft. I really didn’t want to. Knowing about character arcs and goals and motivation ruined the spark for me. But, after my partial failed at the first hurdle last year, I knew that instinct wasn’t going to be enough. You can have visions of the wonderful house you’d like to build but if you don’t get the framing right, it won’t stand up.

So then I started unlearning 25 years of writing insinctively, re-learning all the craft stuff and actually paying attention to it. Make sure my characters had conflict, make sure they learned from each other, make sure they changed. And guess what? In the process I DID lose the spark. I was concentrating so hard on making sure everything was in place that I lost sight of my instinct. Even doing these revisions, my characters became cardboard cut-outs that I was moving around. I knew them, but they kept shifting on me (and no, they’re not werewolves. Maybe it would have been easier if they were!), they kept changing.

Maisey then offered some advice (because she’s good like that) – just let it all go. Write from your gut. And so, after six months of learning my craft, I put all the craft stuff aside and wrote the way I used to. By instinct. And sure enough, my characters came alive. I slipped into them and they began to speak not with the words I gave them, but as the people that they truly were.
Hello happy medium!

The idea is that I know my craft better now (and no doubt I will keep learning it) so I can see where something’s going wrong. So I can plot properly. So I get the pace right and the conflict straight. And then I have to write like I don’t. Easy.

Anyone else an instinctive writer and find all this craft nonsense a pain in the rear?

13 thoughts on “Finding the Happy Medium”