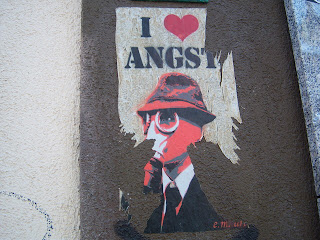 The quicksand book is done. At least the first draft of it is. And thank God because I thought I’d never claw my way out of it. Why do first drafts suck so badly??? Anyway, my plan now is to let it sit and fester and while it’s brewing away I’ll start another book aimed at someplace else. This is going to be hard. Firstly because I hate beginnings and secondly because this book/novella is not going to be strictly category.

I’ve been writing category style books for a few years now and I actually find the parameters of category comforting. They give you a nice framework within which to work and because I like to twist things, they give you some great conventions to twist. However the end of last year I decided I needed a break from category  and wrote a novella that was category in length and in the focus just on the hero and heroine, but really wasn’t in terms of subject matter or language. Hehe. It ended up being quite dark and gritty and angsty and I just loved writing it.

Now I’m looking at writing another one and I’m kind of scared. Because the first one was different to what I write normally, I’m not sure I’ll be able to replicate it. I just chucked everything I liked into that first story and it just took off but…Well, this time round it’s different. I can’t write that first story again so I’ll have to chose different characters. Different setting. Different conflict. What if I don’t like it as much? What if it doesn’t write as easy as that first one?

I found stepping outside the category boundaries easy the first time round because I’d let them hem me in to the extent that I needed to do something drastic to break out. But my writing is different now to what it was then. I don’t feel as hemmed in as I did before. So this time I’m not so much breaking down walls as opening a door. And for some reason that doesn’t feel quite so easy.

Anyway, I’ve decided that my chessplayer is going to get the angsty, gritty treatment. Yes, I know, I’ve rewritten this ridiculous ms a number of different times but it’s never quite felt to me like a category book. So I’m taking the hero pretty much as is (minus the multimillionaire bit), giving the heroine some decent conflict and turning it into something sexy and dark and intense. At least that’s the idea.

I’m also going to give the heroine a conflict that’s quite personal to me. First time ever actually. I hope I’ll be able to pull it off.

So have you ever broken out and written something different? And when the time came to do it again, could you??

6 thoughts on “Bring on the Angst!”