Okay, so not just parties. In the process of editing and I’ve discovered that in every one of my mss there is always a scene where one or the other of the characters is in the kitchen making coffee. I have no idea why. No, actually, I do: it’s the old ‘let’s have a conversation about our conflict’ kind of stuff and so they have to be doing something while they’re having this conversation. But for some reason these scenes are always in the kitchen and during the course of it one of the characters is making a hot drink. But why? Why the kitchen? Why coffee and not tea? Why a hot drink? Why not make food instead?

It’s probably a custom thing. Whenever my h & h eventually get to go to one another’s houses, offering a hot drink is the socially done thing. And since I don’t drink tea, it’s usually coffee. Plus, coffee gives the character something to do, grinding beans etc (especially the hero – coffee is a more manly type of drink, especially when he gets to fiddle with a gleaming, stainless steel espresso machine. Ha ha.) . But still, it’s weird. This wip for example, the heroine is staying with the hero and so what does he do as soon as she arrives? Heads straight to the kitchen and goes to make coffee! Why doesn’t he whip her up a souffle or something?

I really should break out and do something more radical with my dialogue scenes. At our last conference, I went to a workshop about setting scenes and about how lots of people seemed to set their dialogue in kitchens. It was suggested to try another location for interest’s sake. Such as a wind tunnel. Or a mountain side. Or a boat. The problem I have with that is that kitchens/restaurants etc are the places where people normally have conversations like this. Especially deep and meaningful ones. And if you’re writing Modern Heat most of the time your characters won’t be in wind tunnels or mountain sides, and if they are, they’re probably doing much more important stuff than talking about their conflict!

Seriously though, I should be a bit different with my scene setting. What about everyone else? What’s the most unusual location you’ve set a scene in?

18 thoughts on “Everyone’s Always in the Kitchen At Parties” 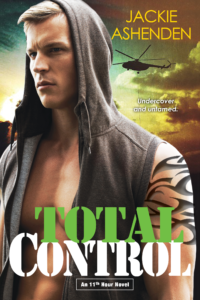